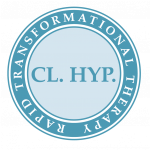 I am a Rapid Transformation Therapist and Certified Hypnotherapist. This allows me to add hypnotherapy to my coaching

programs to find root cause beliefs of why people are feeling unworthy and undeserving in their lives, aren’t making the kind of money they want, and if they are, why they feel worried, disconnected or anxious about their life or purpose, especially if they have everything. Also, it helps address low self-confidence, low self-esteem, anxiety, physical symptoms, self-destructive patterns, and much more. And, NO, it’s not the hypnotherapy you see on stage in Vegas. I’m not going to make anyone cluck like a chicken. 🙂

Here’s the founder of the program talking about what RTT can do for you.

I’ve now combined with my innate gift of “locating” root cause event that is a source for lifelong struggle and my coaching is now even more powerful because RTT allows me to tap into the unconscious events that have been long forgotten, but still in play to undermine our progress. My clients have always received great success from clearing the level that came forward consciously, but we found there were other tentacles of offshoot beliefs that undermined their progress. With RTT that has been remedied to the surprise and delight of most clients.

I highly recommend Kamin Samuel as a professional coach, in all ways.  One of the tools she uses is RTT and it is profoundly transformational.   I have done many, many forms of spiritual and personal development but I have never experienced anything quite like RTT.

I have tried to move forward in a particular area of my business for the past six years, but could not for the life of me seem to overcome the barriers. I felt almost terrorized at the thought of being seen, yet longed to serve more people, and needed to become financially prosperous – or go out of business.

The only conclusion my brain could come up with was that I was ‘lazy’ or just not passionate enough about the people I claimed to want to serve. Now I see that it was not laziness but my subconscious protecting me from a past that no longer exists.  From that perspective it was more self-honoring to hide than to risk being seen.

RTT not only revealed why the block existed, but also provided a way to literally rewire my brain in a way that is in alignment with my dreams, the me I know myself to be. I think the process itself is potentially life-changing, I know it is when facilitated by an intuitive, professional coach like Kamin.

After one RTT session with Kamin, and a few weeks of listening to the recording, I am experiencing increased confidence, enthusiasm, and excitement about helping a lot more people. I’ve raised my rates, set clear boundaries with clients, and dropped over-responsibility. The old fear of being seen for who I am and what I do is no longer holding me captive. It’s odd to think of any other way of being because this feels so natural, but I had unconscious beliefs that had held me paralyzed for years – and now they’re simply gone.

Here’s Felicia Slattery’s AMAZING update. Disclaimer: Testimonials are individual experiences, reflecting real life experiences of those who have used our products and/or services in some way or another. Additional disclaimers can be found here.

And, here’s another from Paul W.

Click here to read the Frequently Asked Questions about RTT.

Ways I Assist My Clients

Some of the issues that I assist clients with include:

RTT is an amazing system that gets extraordinary results in rapid time. If this resonates with you, I welcome the opportunity to speak with you. Click here to have a confidential, no-obligation conversation. I will get back to you promptly.

I absolutely loved my RTT session with Kamin. She was so intuitive and able to really get to the root of my problem. She was able to easily connect all the dots of what I was sharing and then shift my perspective in a very empowering way on some issues I have been having for a long time. She helped me see them in a whole new light and in just one session. I am super grateful and would definitely recommend working with Kamin.

I am so grateful to Kamin for introducing me to RTT last night.  A few months ago, I received some news that I was not expecting and it’s been a challenge to wake up every day and get motivated.  Anxiety, depression and sleepless nights have become the norm.  After one RTT session, Kamin provided me with many insights into how my early childhood experiences have been holding me back in my personal evolution.  While I felt emotionally exhausted after the RTT session, there was also a sense of relief.   I experienced a deep sleep and when I woke up I felt healthier than I have in a while.  Today I was present in the moment and focused at work.

I just had a wonderful RTT session with Kamin! She is such a warm & intuitive person and that really comes out in her work. I highly recommend Kamin for working through any limiting beliefs and blocks that are standing in your way to the life you want.

Disclaimer: Results not typical and may vary.

From the Blog
Go to Top